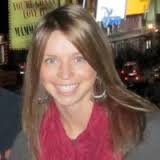 Laci still considers herself a small town girl even though she's lived in Denver for the last ten years. Laci grew up in Leoti, Kansas and graduated with both her Bachelor's and Master's degrees in Speech-Language Pathology from Fort Hays State University. When Laci moved to Denver for an externship she fell in love with the mountains and the people in Colorado and decided to stay. She has been working in DPS since 2008 and splits her time between Doull and her role as a Team Lead for the Speech/Language Department. Laci loves all things outdoors, but especially trail running, backpacking, and bagging fourteeners.